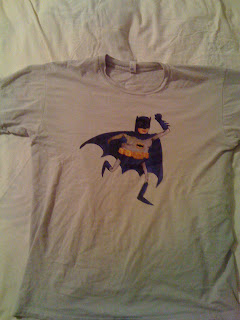 To hell with Christian Bale! This here's the original Batman. Never mind the gut, Mr. West was bad ass (well, not really). From Red Bubble
Posted by The Leopard at 8:34 PM No comments: 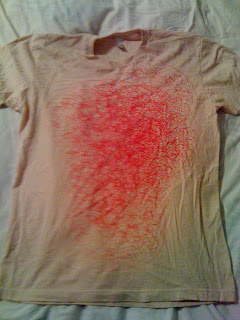 Yeah,  this shirt looks like someone just scribbled on my shirt with a red marker. Awesome! From Street Artist
Posted by The Leopard at 8:22 PM No comments:

Email ThisBlogThis!Share to TwitterShare to FacebookShare to Pinterest
Labels: Scribbles 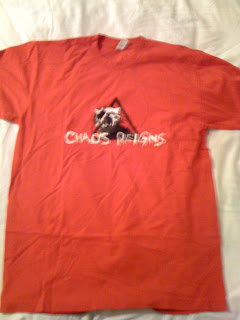 If you haven't experienced the Lars Von Trier film "Antichrist", you probably won't know what this about, but this film is one part creepy violent horror and depraved sex, one part shlock. From IFC Center.
Posted by The Leopard at 6:39 PM No comments: 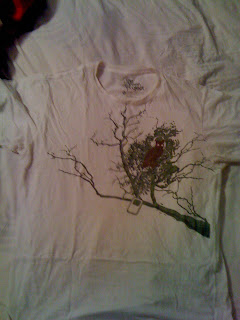 Yep, an owl Listening to a first generation ipod. Why? I dunno. But he's probably listening to the band Owl City (ouch). From Target
Posted by The Leopard at 6:34 PM No comments: 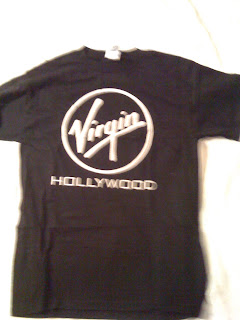 Not much to say about this one except that I never wear it except when my kids are around (one of 'em got it for me for Christmas). From Virgin
Posted by The Leopard at 6:31 PM No comments: 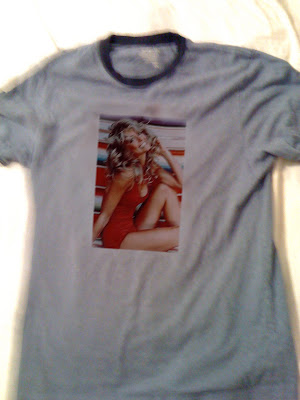 All of my friends who have known me since high school agree: I was obsessed with Farrah Fawcett-Majors. She was probably the first celebrity I had a full-scale crush on. I had the poster, I bought every magazine cover she was on, I saw "Logan's Run 8 times for her little role in it ("Holly"),  and at 15, I owned the original t-shirt. A year or two ago, I bought this iron-on and made my own shirt in commemoration of her death. RIP Farrah. From Me.
Posted by The Leopard at 5:50 PM No comments:

18# Upside down tree with birds. 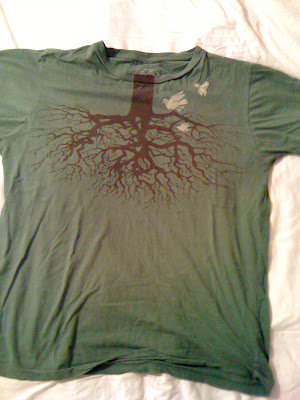 This is a strangely popular shirt. I've seen it on TV, on the street, everywhere. I stopped wearing it because I didn't want to pass somebody wearing it on the street. By the way. I don't really get what it's supposed to mean. From Target

Posted by The Leopard at 5:39 AM No comments: 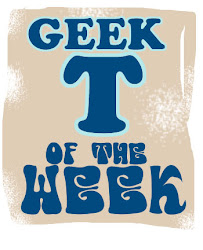 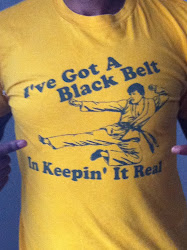 Send In Your T-Shirts!

I've got a nutty collection, but do you have a T-shirt that you're really proud of or that you think is butt-ugly? Maybe you have one that's literally falling apart but you can't part with. Send it on in!

The Leopard
New York, New York, United States
I am an artist and writer living in the New York area. An SGI Buddhist, I have two impressionable young sons I must guide through this brave new world of wonder and fear. I had a lot of thoughts in my head, so a friend said I should start a blog to get them out and somewhere else. ALL art is by me, copyright® KHB Designs. Please do not copy or use without permission.